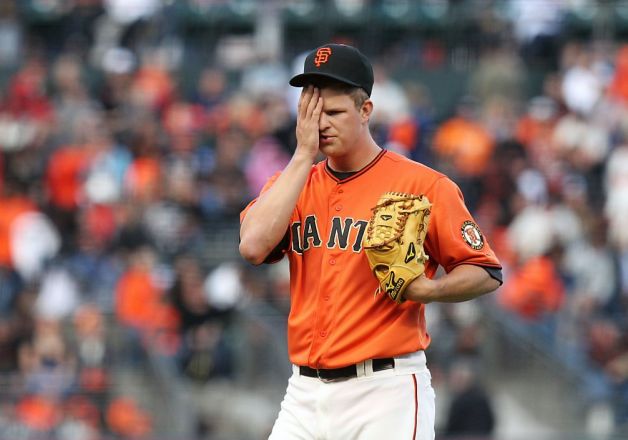 So my beloved Giants are stinking it up this year.  There are a lot of reasons for that, but long story short, it doesn’t look like they’re going to be getting significantly better any time soon, so I’ve had to develop some coping strategies for what looks like it’s going to be a long season.(1)

Note that by this I don’t mean switch teams.(2)  I mean find another team that you enjoy watching but don’t care that much about, just to give yourself a break from the misery.  One of my favorite players is a Pittsburgh Pirate,

so I will watch the Pirates when he’s in the line up.  I don’t care whether the Pirates win or lose (except when they play the Giants), and it’s a relief to watch a game without being so invested.  So go look up a former member of your team who got traded or lost to free agency.  Find a fresh young face to watch.  Consider the team of your boyfriend or girlfriend.(3)  Maybe you went to college in a different state and they have a baseball team.  Maybe you appreciate a nice-looking player, or an unusual mechanic.  Expand your horizons!

Because the Giants have been plagued by injuries and anemic offense, they’ve called up rookie infielder Christian Arroyo, who has demonstrated in his limited time thus far that he belongs up in the bigs.

It’s fun to watch him experience all these firsts, even if he’s doing them in games that the Giants lose more often than not.  Plus, with Arroyo, the Giants have a homegrown infield once again, which is cool.

Because of the need to get hitters in the line-up and the aforementioned injuries, the Giants are playing a lot of guys out of position.  Watch a first baseman start in right field!  See a rookie learn a new position at the big league level! Fuck up your scorebook by trying to keep track of position changes!

It’s hard, when you’re devoted to a team, to not care whether they are winning or losing, especially these days, when losing means that management might start shaking things up in ways that the fanbase doesn’t appreciate.  But you should try.  When the Giants are doing poorly (so every odd year), I often cast my mind back to 2007, when I didn’t even know that the San Francisco Giants were a thing, and baseball was only important to me as a source of brats.  Unless you actually make a living in baseball or a baseball-related industry, your team should be a source of joy and fun, even when they lose.

(1) Yeah, yeah, three World Series in the last eight years, I don’t have anything to complain about, blah blah blah.  I’m not complaining, I’m coping.